How to Structure a Team

Keeping Everyone Moving in the Same Direction

Fearless Confessions: How Restructuring Our Sales Team Helped Us Optimize for Predictability

PivotDesk CEO David Mandell shares his thoughts on restructuring teams in a time of need. 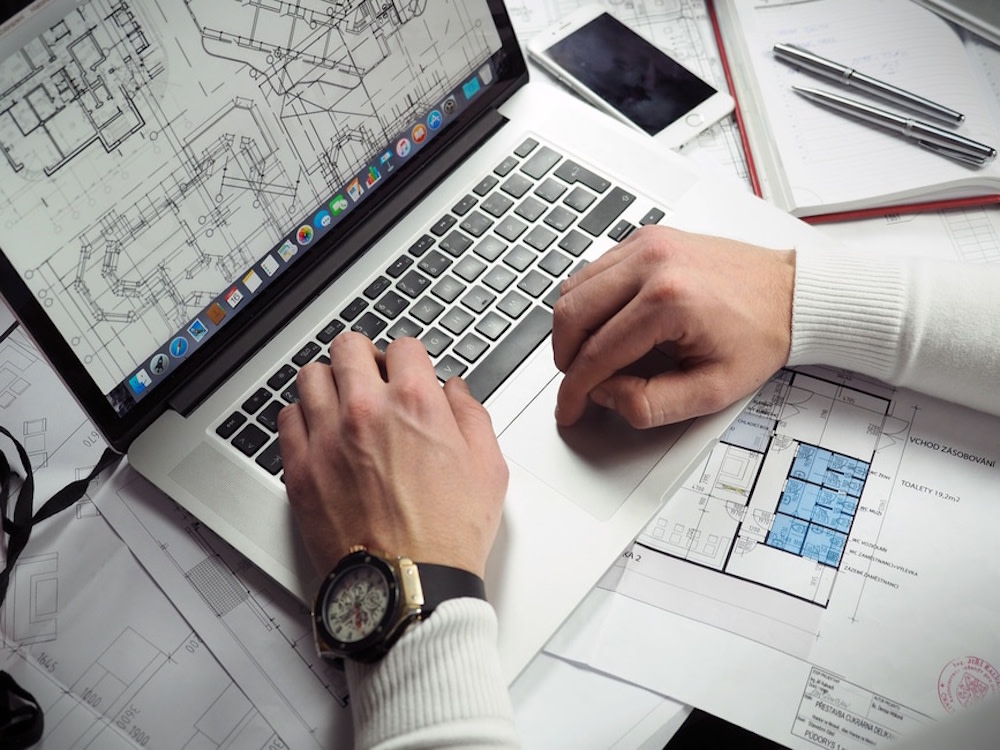 It’s a story aspiring entrepreneurs hear often: employers highlight the success their company has found through a pinch of luck, a market need, and a clever strategy. But behind the glamour, the challenges of running a business can feel crushing — something entrepreneurs don’t always talk about in the spotlight.

How to Structure a Team

As Bob Parsons, the founder of GoDaddy put it, “The temptation to quit will be greatest just before you are about to succeed.” Both PivotDesk and Justworks help entrepreneurs free themselves from those challenges and simplify running their business.

And so, this Fearless Confessions series was born. Together, PivotDesk and Justworks will help entrepreneurs tackle the more difficult aspects of leading a business through insight, ideas, and inspiration.

Part two in the series focuses on arguably one of the most important elements of running a successful business: structuring a team. Here, we’ll hear from PivotDesk CEO, David Mandell, about the PivotDesk team’s experience optimizing their sales strategy for predictability.

You’ve been pretty open about the decision to restructure PivotDesk’s sales team and and strategy on your blog — what was the reason for this decision?

About a year and a half ago we made some pretty significant changes to the way we run our sales team and our approach to selling. We had realized that after expanding into 29 markets, our company had lost focus of what it would take to lock in consistent growth. As a result, our progress slowed and our growth began to plateau. We weren’t losing revenue, but our numbers weren’t growing at the rate we wanted either. The “hustle harder” approach we had been using to grow our businesses for the first two years just wasn’t cutting it anymore. This is pretty common in startups — the low-hanging fruit had been picked and the rolodex of strong relationships the sales team had fought to build was exhausted.

Your Starter Guide for Creating an Employee Handbook

Your starter guide on creating an employee handbook.

In short, we needed to focus our efforts in order to scale the business to the next level.

You chose to adopt the predictable revenue model — how come?

Prior to restructuring our sales strategy, our sales process could usually be described as either:

As I’m sure you can guess, it was incredibly hard to optimize either of these approaches because we couldn’t gather data. Without structure, you can’t get data and if you don’t have data, then it’s impossible to know what to improve. When your numbers start to stall and you have no idea what or how to grow, it’s a damning situation.

You ultimately have to make the decision that’s best for the business and the people who have bought into the vision. Everyone needs to opt in or out at a certain point.

We chose to implement the predictable revenue model because it’s designed to give you control at each stage of your funnel — by gaining this control, you can gather data at every stage, which allows you to optimize.

That’s not to say our earlier approach was a waste of time — quite the opposite. If you’re early stage with a business, product or even a new customer segment, it can be important to use manual, people oriented processes to test certain theories or ideas. We spent the first two years in business gathering data on where and how to use our people.

How did the pre-predictable revenue model team structure differ from the one you have in place now?

The biggest difference is that now, everyone does more of less. 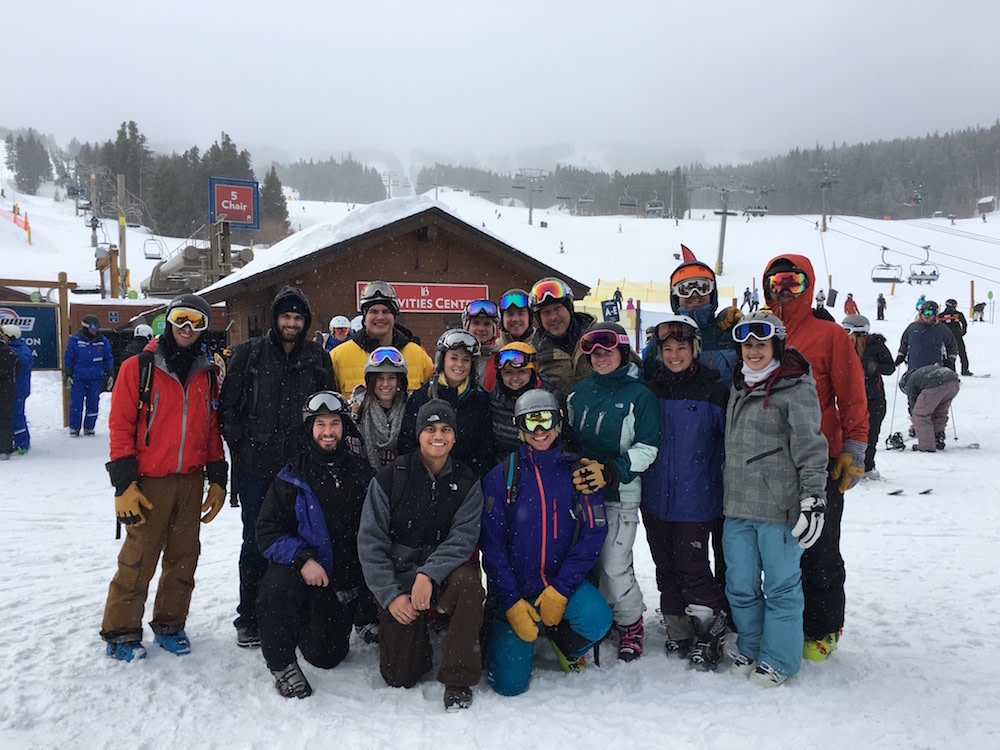 Before, each person on the team was spread across multiple focuses and goals in order to fill their time and handle all the work there was to be done. The result was everyone being sort of successful at a lot of different things.

We wanted each individual to be really successful at one thing.

So now, everyone has a singular point of focus. That’s not to say if someone on the team hits their goal, they stop working for that month. Along with ensuring everyone has a singular point of focus, we’ve empowered everyone to get creative in how they achieve their goals, so that they’re employing multiple tactics to achieve their singular goal. Everyone on the team is then free to constantly optimize their process and become better and better at the one thing they do.

Let me give you an example of how this works. We have an SDR focused entirely on qualifying inbound leads. Because he has consistently been optimizing his process to the point where he’s hitting his goal regularly, we’ve upped his goal. Now, he needs to get creative with how he hits his numbers. If one month, he gets fewer leads from the site than he normally would, he doesn’t just say, “Oh well, guess I don’t meet my goal this month.” Instead, he does some discovery and comes up with a creative way to source more leads. And no, that doesn’t just mean making cold calls. In one example, he started calling customers who had booked space with us one month prior, and asked if they knew anyone we might be able to help, thus gathering customer referrals. He had one goal, but used multiple tactics to achieve it. We expect this kind of innovative thinking from everyone — no one is allowed to get comfortable.

The benefit from a management perspective is the transparency this system creates. When everyone is working on many things, things get lost in translation and it becomes way harder to manage who is working on what, who’s succeeding who’s failing etc.

When everyone’s name is attached to one number, individuals feel motivated to take ownership of their work and there’s less confusion all around.

What were the biggest challenges of setting up the team we now have in place?

The biggest challenge is getting people to buy into the vision — in our case, it was a matter of helping everyone understand how the predictable revenue structure would help everyone find focus and as a result, allow our business to scale. The key is in communicating the vision effectively. That’s up to the leader.

It’s a major change for your team which can be scary, so you’ve got to be prepared for pushback. People are always going to question you, which is why you eventually have to put your money where your mouth is and earn your team’s trust.

Our VP of Sales and Marketing, Ginevra Figg, makes it a habit to never ask any of our salespeople to do something she wouldn’t do. And if that means getting her hands dirty, making cold calls with our business development team or getting on the phone with brokers, then so be it.

How did you get the team to buy into what it was you were doing?

When we went through this transition, we were lucky to have a group of loyal, creative people who readily understood that we were all working toward the same goal and that the changes we were making were necessary to scale. I like to say that we are all trying to fill the same bathtub — everyone has a bucket, everyone’s contribution matters. In short, we have an awesome team, we got lucky.

When everyone is working on many things, things get lost in translation and it becomes way harder to manage who is working on what.

So as a leader, when we were assigning everyone responsibilities, I needed to work with our VP of Sales and Marketing to understand everyone’s strengths and put them in a role they could be successful in.

And to be totally transparent, it didn’t work for everyone. Some people left and that’s a good thing. You ultimately have to make the decision that’s best for the business and the people who have bought into the vision. Everyone needs to opt in or out at a certain point.

Keeping Everyone Moving in the Same Direction

What are some tactics you use to keep the team focused on goals long term?

Ownership. The predictable revenue structure is designed to give people ownership over their sector, and as long as they have clarity on what they’re responsible for, they should be excited to keep moving.

My job as a leader is to keep everyone moving in the same direction and make sure the outcome and the goal we all have in common stays top of mind.

In addition to weekly 1-on-1 meetings between the VP of Sales and Marketing and individuals, we meet weekly as a business team — not just separately as a sales team. We decided to merge sales and marketing to keep everyone accountable. I think there’s this pattern where sales tends to blame marketing when things aren’t going well and vice versa. By meeting as one group, it’s easier to visualize everyone working in an assembly line as partners. Marketing has a role at the beginning, middle and end of the sale cycle and the sales team needs to see that.

At each meeting, we review how everyone’s work (or lack of work) is affecting the ultimate goal. We want everyone to say out loud what they did or did not do that week, then the whole team can jump in with feedback and support.

Leadership’s role in these meetings is to help everyone put into context how the work we’re asking them to do is getting the company from A to B.

It’s completely normal for your team to hit plateaus. This is to be expected. What matters is not necessarily the plateau itself, but the structures you put in place to move forward.

This material has been prepared for informational purposes only, and is not intended to provide, and should not be relied on for, legal or tax advice. If you have any legal or tax questions regarding this content or related issues, then you should consult with your professional legal or tax advisor.

Help your team be the best they can be. Tips on productivity, professional development, morale, and more.

Check out our newsletter

Monthly tips on running a business in your inbox.