SALES (844) 749-7785 SUPPORT (888) 534‑1711
PricingPricing
Login
PricingPricing
LoginGet Started
Spotlight
Share Justworks with a friend.
Start Your Referral
How Justworks Can Help You
Hiring and Onboarding for Remote TeamsAccess the tools and resources to help you build your team, stay compliant, and grow in all 50 states
Offer High-quality Health InsuranceWe make it easier for you to access the large-group health insurance plans you need
Skip the Manual Work of Running a BusinessNo more time wasted figuring out complex payroll, organizing documents, or administering benefits
Take Better Care of Your EmployeesPrioritize your team’s wellbeing with access to quality benefits and perks that focus on employee health and wellness
Accelerate Your New BusinessGet access to the software, services, and support that will help you scale your business fast
Manage Time Tracking With EaseOur robust time tracking tool and user-friendly HR platform integrate seamlessly so timekeeping is effortless for you and your team.
Platform Features
Justworks PEOEmployee benefits, payroll, HR, and compliance all in one place with 24/7 support.
Employee BenefitsGet access to a variety of high-quality health insurance plans through our employee benefits packages.
Payroll ServicesPayroll software that runs seamlessly so you can make any payments at no extra cost.
HR ToolsDitch the spreadsheets for HR software & tools we’ve built from the ground up.
Compliance SupportOur compliance support can help you navigate the unknown and comply with employment regulations.
24 Hour Full-Service SupportWe’re here to help you navigate the ins and outs of running a business.
Justworks HoursStreamline and simplify time tracking for you and your workforce.
Partner with us
Accountants
Brokers
Venture Capital
Spotlight
Share Justworks with a friend.
Start Your Referral
PEO Plans
Basic — so much more than payroll softwareAccess robust HR tools, compliance resources, wellness and financial perks, and 24/7 customer support
Plus — so much more than health insuranceGet payroll software, HR tools, compliance resources, wellness perks, and 24/7 support with access to quality healthcare coverage
Our CompanyLearn about Justworks, our investors, industry certifications and qualifications, and company history.
Our ValuesWe value camaraderie, openness, grit, integrity, and simplicity at Justworks. Our company values are reflected in our product and in our team.
Our TeamGet to know our founding story and meet the Justworks Leadership Team.
Our CustomersFrom coast to coast and across industries, small- and medium-sized businesses are saving time and money using Justworks’ all-in-one solution.
CareersMake an impact on growing small businesses. Learn more about Justworks careers here.
DEIBJustworks strives to reflect the world we want to see by leading with diversity, equity, and inclusion principles, a guiding mission and vision, and follow-through.
PressRead the latest news about Justworks, including company and product announcements, research reports, interviews, and more.
Justworks.orgLearn how we are creating equitable access to entrepreneurship for underrepresented founders.
Spotlight
Share Justworks with a friend.
Start Your Referral
Resource CenterBrowse tips on what you need to launch, run, and scale a business successfully, from healthcare to hiring, filing taxes, or just creating a great place to work.
Events and WebinarsCheck out our online talks on topics that matter most when protecting your business and taking care of your team.
Partner With UsJoin Justworks partners to get access to free HR tools, resources, and savings that will allow you to offer your clients more.
Referral ProgramKnow any companies that could benefit from seamless payroll, access to affordable benefits, and HR support? We’d love to meet them.
Customer Help CenterAre you a Justworks customer? Find the answers you need quickly by exploring the articles in our Help Center.

A Guide to Remote EmployeesRemote work is quickly becoming a staple for the modern workforce. Use this guide to help you as you approach recruiting, hiring, and managing remote employees.

Leaving an age-banded network behind

The Water Project was stuck with a regional health insurance network, and costs were simply too high. Moving to Justworks spelled big savings — not to mention a streamlined platform.

The Water Project needed a simple way to offer benefits and take care of their team so they could dedicate their full attention to the core mission.

Justworks' all-in-one platform enables this nonprofit's leadership to focus on what's next — like growing the team.

The Water Project is a nonprofit organization based in Concord, New Hampshire providing clean water solutions to schools and communities in Kenya, Uganda, and Sierra Leone.

“We’re in the business of trying to make sure that no one gets left behind in terms of clean water,” said Dan Kim, Director of Operations. Dan started his career in the tech industry but worked in the nonprofit sector several years ago. After another stint in tech, he joined The Water Project in January of 2019.

“It’s been good to get back into nonprofit, especially in the world of water, which is the most core and essential need,” he said. “If people don’t have clean water, then everything suffers.”

Why The Water Project Chose Justworks

When Dan came on board with The Water Project, he had his work cut out for him.

“One of the first tasks that I had was to do a complete account audit — payroll, benefits, all that,” he said. “What I kept hearing was that our health insurance wasn’t good.”

The problem? In New Hampshire, The Water Project team was limited by a regional network with few provider options. Plus, the state is age-banded, meaning that insurance carriers can charge higher premiums for older employees over younger ones to cover increased costs.

Having worked with a PEO in his last nonprofit role, Dan was familiar with the model and knew it could be helpful to the organization. After crunching the numbers with Justworks, making the switch was a no-brainer.

As a nonprofit running a lean operation, budget is critical for The Water Project. The savings they found by switching to Justworks, and out of an age-banded network, were substantial.

“It really came down to unbelievably better value for what we could get through Justworks,” Dan said. “Now, a family is a family, and single is single — it’s one rate. That really made a difference to the tune of saving roughly $5,000 per month, while also allowing us to go from a high-deductible health plan to a zero-deductible one.”

Of course, the dollar savings are only part of the picture. Dan is also happy to know that his team is getting much better coverage than they were before. Joining a nation-wide network, and electing to offer rich plans to employees, has been a huge win — and will support the organization’s future ability to add new staff regardless of their location.

“Everyone is amazed by the new simplicity of their health insurance — to be able to go to the doctor and not have to guess or fear what may or may not be covered,” Dan said. “It also makes it a lot easier from a finance perspective, from a board strategy perspective, when we know that we’re providing really, really good insurance at significantly less cost than we were before.”

Streamlined and Ready to Grow

While the switch to Justworks helped The Water Project team gain access to better benefits, it also helped Dan in other ways, too. The all-in-one platform brings multiple back-office functions together, making operations easier. For example, he was also able to move the organization’s 401(k) from a provider managed separately to Slavic401k, which is integrated into the Justworks platform.

“Being able to have that all combined in Justworks, having it all integrated and automated and super simple, has just been awesome for me,” Dan said.

With his day-to-day streamlined and his team enrolled in better benefits, Dan’s time is freed up to think about what’s next. While The Water Project isn’t planning on growing the team exponentially in the near-term, bringing on a few new people is certainly in the roadmap. Adding to their headcount is much more realistic now, given the savings gained by moving to Justworks.

“One of the things we value here at The Water Project is taking care of our employees,” said Dan. “I felt like by moving to Justworks, we were able to do the right thing for the employees and the organization. It was a win-win.” 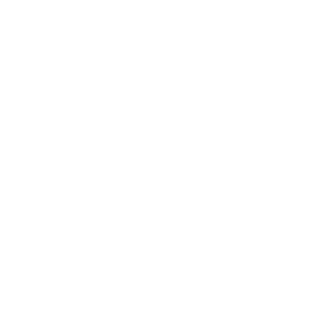 Upgrading to a tech-savvy benefits platform

Staying on top of compliance

Growing with the safety & security of a PEO

Get started with Justworks.

Together, we'll build a program that works for your business.